Let’s hope after a busy Christmas we can all recycle especially the plastic and understand nature’s cycles so we can protect rather than continue this careless and ignorant destruction of our beautiful planet.

I walk each morning in some woodland near my home and especially savour in this late autumn, early winter season, the damp carpet of fallen leaves, now decaying and forming  rich mulch that will feed the soil for future growth. Even in their decay, losing edge and shape, melding and blending together there is in this carpet of leaves, a kind of grace and beauty. The other morning though, these meditations were interrupted by a sudden intrusion. There amongst the gold and mottled leaf mould, like some harsh alien excrescence, was a discarded plastic bag. It was totally out of place and told its own tale of indifference and carelessness; not just the carelessness of the person that dropped it, but the carelessness of the culture that produced it. The trees shed their leaves, and in that fall and letting go  achieve…

Not quite my usual focus but having studied linguistics and the origins of words this is an interesting snippet for Christmas time. When words were truly sacred. Wishing everyone peace and joy over this Christmas time and for 2015.

so long as it's words

It’s Christmas!! I’m sitting here in my Fairisle knit jumper with reindeer and snowflakes on, I’m listening to Idina Menzel forcefully emote glorious Christmas music at me, and I still haven’t bought all my presents or finished putting the decorations up. The festive season is definitely upon us.

All of that is slightly beside the point for the purposes of this blog post, but damnit, I just really love Xmas.

This is a common complaint at this time of year and gets people really riled up. A quick poll of my small corner of Twitter (disclaimer: I did this last year and was so slow to write the post that I saved it for this year) shows that pretty much everyone prefers to write Christmas over Xmas. For some, it’s a matter of principle, that they don’t like shortening or abbreviating words, or because Christmas

There are at least 3 species of vultures to be seen in the Sierra Aracena, Spain. Griffon, Eygptian and Black. They have been threatened by lack of available carcasses. Conservation can be a complex problem.

Diclofenac is an analgesic, non-steroidal anti-inflammatory drug that has been widely used to treat both humans and animals since it was first developed by Ciba-Geigy, now Novartis, in 1973. Trade names include Voltaren, Cataflam, Acoflam and many others. Concerns regarding the safety of such products for European vultures and other carrion-eaters like the golden eagle and the rare Spanish imperial eagle were raised earlier this year by a coalition of nature protection organizations led by the Vulture Conservation Foundation. The EU Commission subsequently initiated a referral procedure pursuant to article 35 of Directive 2001/82/EC on veterinary medicinal products to screen the drug for its possible impact on the scavengers.

The assessment, performed by the European Medicines Agency (EMA), concluded that the veterinary use of diclofenac in livestock animals poses a risk to European vultures and other necrophageous bird species. By acknowledging such a risk despite a lack…

Fascinating video on permaculture, 26 mins but for me time well spent and inspiring. I need to think about zones at Navasola although quite happy to leave most of it wild!

The holidays are a great time to share good times with family and friends. Let’s keep those happy thoughts going with some good news about the critically endangered Hawksbill sea turtle (Eretmochelys imbricata).

The Wildlife Conservation Society (WSC) team in Nicaragua reported a dramatic increase in the nesting of critically endangered Hawksbill sea turtles, including the highest nest counts since their conservation project began in 2000!

You’ll be happy to know:

This is useful as I hope to investigate more about insect life on Navasola for 2015. Thanks! 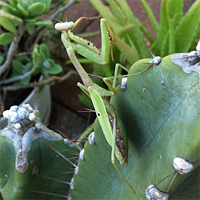 Are you interested in making your garden more habitable to beneficial insects? Here is a list of invertebrates you might want in your garden, followed by a chart showing what plants are likely to attract them and what plants may repel pests.

A BAT COMES TO STAY

First let’s dispel a few bat myths then on with my tale.
Bats are blind or might bump into you
NO. Bats use echolocation – a sort of radar – to find their way around.
They can “see” much better than any person! This is amazing technology .
Myth: Bats attack people
NO. Most bats are gentle animals and would much rather get out of a person’s way than to attack him or her. All wild animals may defend if trapped or injured BUT most wild animals keep well away from humans.

Myth: Bats are pests
Wrong. Bats help control pests!
A single bat can snap up over 600 mosquitoes in one hour, as well as other little pests! So welcome bats and please eat any of the insects that might want to bite me.
Some species of bats even take part in the life cycle of plants by pollinating them. Bats play important roles in ecosystems.

Bats are vampires
Misleading. The majority of bats are insect eaters and do not suck blood.
The few that do are small and only suck from small animals.

A Year in the Life of a Bat – Bat Conservation Trust
http://www.bats.org.uk/pages/a_year_in_the_life_of_a_bat.html
Bats spend most of the winter hibernating. These pages can help us understand bats better.

A Bat for my Birthday.
There had been noises in the night and with some trepidation I picked up the handy solar lamp and went to investigate. I have got used to noise of many different kinds out here in the countryside. However, usually outside the house. Wind, rain, engine rumblings in the distance, owls. But the house, now, inside, is much quieter and so much better insulated so that only the most severe weather might wake me. In the un quaint old house it would be large bangs, bumps and rattling along the corrugated iron and loosely fitting tiles of the roof. Sometimes there would be such a hefty thump you would think an elephant had landed. Maybe an owl out catching small mammals, a fox or the more elusive beech marten of which there had been evidence of its latrine under the old roof tiles.

Now we were watertight, fully insulated on the roof and the walls with modern methods for keeping heat in and out. But there is always something that wants to be in the house. The spiders have woven their way back with some flies and other insects that bite in the night. And of course there have been some rustlings of mice but not for a while.

The sound that woke me made me think of mice rustling but as I went down the stairs and into the middle level the noise was not mousy but whirring. Suddenly a bat whirred by me in the ray of the lamp. I jumped a little with the sudden movement but was more relieved that the sound had come from a bat rather than a rat. I did go back to sleep.

Two nights later our guests arrived and as we had hurriedly moved into the lower level to give them the best accommodation and then were so busy with the final parts of the plumbing system being completed we forgot about the bat.

As our guests were going to bed I suddenly remembered and thought best to warn them and reassure that there might be a bat. Our friends are made of strong stuff and didn’t think it a problem.

On the morning of my birthday I was regaled with tales of the bat in the night and as the day went on the bat seemed to get bigger and bigger. They had heard noises and then put a torch on and had a very clear view of the bat crawling up the wall. And then disappearing on a ledge by the wooden beams of the roof. We were also worried about how the bat got in and could get out. If it was trapped surely it would starve.

To celebrate my … birthday we had decided to eat out at lunchtime and drove out to a bar by the reservoir. But things were not going well. First, the bright sunshine had turned to grey. Second, the chef had not arrived. Thirdly, we ordered coffee and waited and waited. And even waited after an explanation about the coffee machine. When the coffee arrived…it was barely warm. A cold coffee experience over which we thought we should leave but as it was a long drive up out of the valley we stayed. Next it was cold chips and then…

Finally, one piece of undercooked fish. Things were not going well for a birthday meal. Tensions and irritability were high. Patience had worn thin. Then a surprise turn of fortune.

Within several exchanges of conversation with the people running the bar the mood changed. We had been offered some hot, spicy and milky tea( Pakistani tea from Granada!) and as we talked with the proprietor we found a lot of interesting topics to discuss. He was a graduate in Environmental Science and very knowledgable about the flora and fauna of the local area. He and some others had had a contract to run the lakeside cafe along with some environmentally friendly projects. They were now having to give it up. So it was a difficult time for their project which at its heart had an environmental focus. He was also a guide and did walks on ecology, identification of mushrooms, flowers etc. He was telling us about the hares he had seen near our Finca. We had found a fellow enthusiast. He was also helpful about the bat visitation. For its size it was probably a noctule. In the area there are eight different species and all endangered. The bat had probably found one of the yet to be covered vents and was seeking a place to hibernate. We had inadvertently built a bat house as it had probably nestled down into the insulated area between the inner and outer wall. It would probably hibernate and in April or when warmer would wake and find a few insects.
If we let it out now it could die of cold.
Our visitors were ready with camera that night. I said they were made of strong stuff. But the bat did not put in an appearance and was probably safely snuggled up in the warmth of the insulation panels. And had chosen well as we are unlikely to disturb it and if it wakes early there should be a few insects and later a way out into the warmth of Spring. The bedroom has been referred several times as the ‘upper house’ or the belfry. Guests who wish to stay at Navasola need to be nature lovers.