I thought I would write a post about waiting for the rain to come. It has come with its usual torrential downpours through the night and the day. After some frantic wood pile sorting it paid off as we had our first fire. But now it is warm again and the sun is shining with that particular brightness of Anda Lucia. Land of light.

My attempt at a winter veg garden might just work. There is now so much moisture in the air. It seems Brussels sprouts, cabbage, cauliflower and onions are good, and of course there’s time to grow some more lettuce. I’ve also tried some beetroot. My once hated vegetable from memories of a cold vinegary slice for school dinners. Now I like it in soups thanks to a friend’s recipes. However I am going to have to find ways of using the green tomatoes. It is too late now for this batch to ripen and the rain affects them badly. Fried green tomatoes was suggested. That was such a good film. 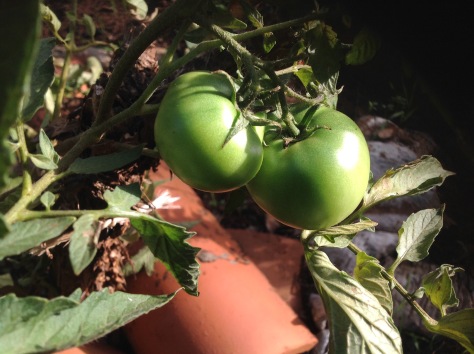 Today has been the first sun after the rain and I have gone out to check on everything, especially the chestnuts. Some have fallen but although it had been dry I have been able to collect some good sized ones from the ground. I have a love hate relationship with chestnuts but at first it is fun to find the bright brown shiny shapes. However I will be lucky to get a euro for a kg even though they can sell at 6 euros or more. I bought some small cooked Chinese chestnuts in the supermarket the other week; a case of coals to Newcastle or chestnuts to the Sierra Aracena. Unfortunately the phrase doesn’t work too well for Newcastle as coal there has become a product of the past. 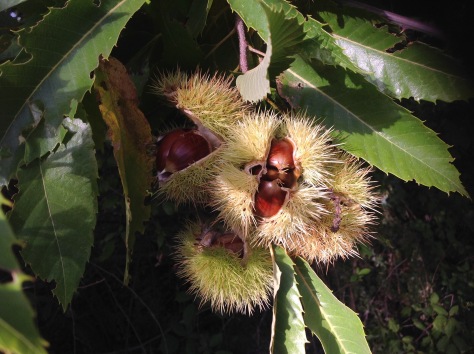 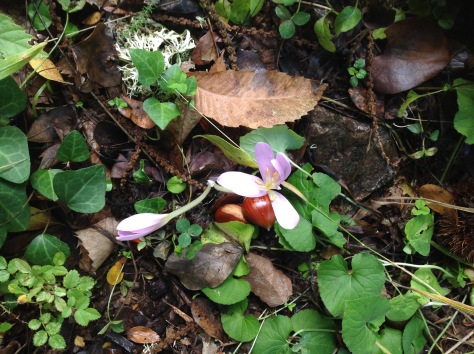 Sometimes the joy of picking up chestnuts is the fragile Autumn crocus shining from the ground. The damp ground has also produced a lot of mushrooms. This is the time when folk come foraging for the famous wild mushroom varieties of the Sierra. These are the gallipierna, with their beautiful parasols.

So for our meal this evening I will perhaps have the following.

All in a days foraging! 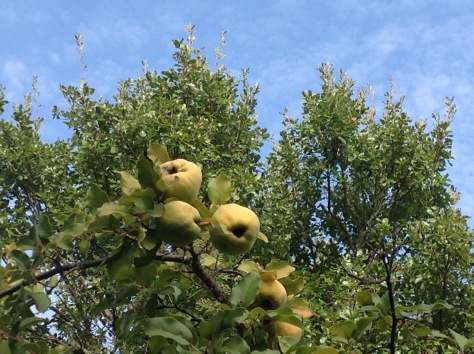