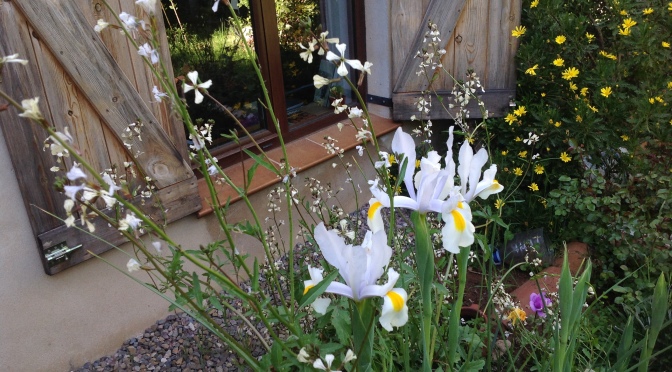 April is here in Navasola and the warblers have arrived and in full song. There seems to have been so much happening that I have lost the routine of blogging but have often taken photos and thought of posts I could write! So here are some images of my nature journey at Navasola and nearby over the past three months. There have been other journeys and certainly there is a lot to think about in the world today and particularly for the environmental health of the planet we and so many other species depend on. But for now this is about the beauty of nature and perhaps this is a way for me to do some ‘warm up’ writing and get back to sharing posts. 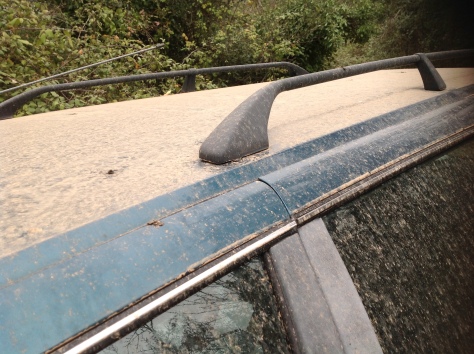 Saharan red dust rained down on us in February!

In February the celandine began to appear but at Navasola there were few.  We went for a lovely Mexican meal at a Finca of some friends on the south side of the valley and there were so many celandine there! They also have some special water places for the amphibians of the Sierra as they are also very interested in conservation of the native flora and fauna.

There are a few white tailed bumblebees about at this time. A year ago I wrote a poem about them for Dverse poets and then found a drowned one. It was thought to be dead but on putting it in the sun it slowly dried out. This year I went through’ the same procedure as last year’ with another white tail. It was a cold day so I tried to shield it and with a bit of sunshine it’s fur dried first and finally the wings. Now in April there are many of them up in the cherry blossom tree. Perhaps the small acts of kindness do help more than we can know!

At the end of February and the beginning of March we had friends to stay as the mimosa blossomed, my winter vegetable garden could be harvested and my few daffodils delighted me. Then I went to England and was regaled by so many daffodils in London, Birmingham and Manchester.

We return late March to vibrant viburnum blossoms and a lone blue iris in my vegetable plot. This has been there since I started planting and seems to be self seeded. Nothing to do with me! But the three white irises are my doing but I didn’t arrange the wild rocket flowers to frame them so elegantly. The anemones were past their best but had spread out in the veg garden and had a fading beauty. And some wild tassel hyacinths beginning to bud.They are all flowers but in the veg plot and for some of the garden flowers some of the wild ones are thirsty drinkers of precious water! And far more capable of rapid growth too! The chickweed and clover will help with nitrogen fixing as long as I cut back a bit soon. Plenty of jobs to do. 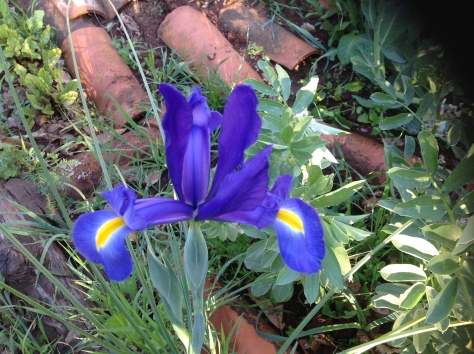 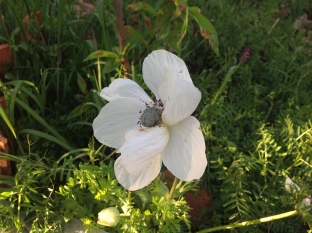 I have managed to edit much more of my novel but it seems to take longer than I thought. However, I have thought about a sequel to it too! I hope to be back to blogging again and may try a different slant. I have tried to keep up with some blog posts and look forward to spending the hotter part of the day reading more. Good wishes to you all from Navasola.